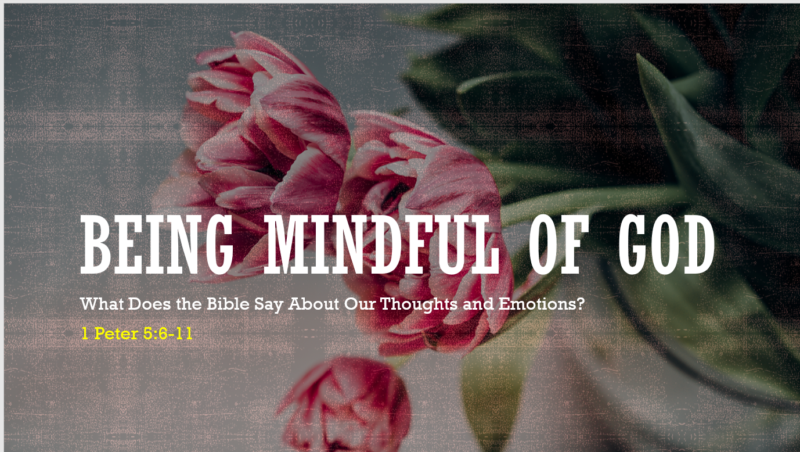 When God said that the greatest commandment is to “Love the Lord your God with all your heart and with all your soul and with all your mind and with all your strength” (Mark 12:30). The principle of this holistic significance of a person’s wholeness is grounded in the biblical meaning of “peace,” in Greek ειρήνη [שָׁלוֹם shalom]. “Peace be with you” also means that “I pray for the completion of your wholeness or achieving the optimal state of your personhood” (John 14:27; 20:21; 2 Peter 1:2).

During the second half of the first century (AD 54-68), the hideous Emperor Nero reigned throughout the Roman Empire including Israel. It was in those years that persecution of Christianity reached its zenith. They even call Nero a prototype of the Anti-Christ. He caused riots and blame it on the Christian community. Thus, punishing them either by feeding them to the lion (1 Peter 5:8) or burning them alive while Nero partakes in his dinner just because he needs light.

Even though I appreciate most of the psychological theories like Erikson’s psychosocial development, Sigmund Freud’s psychoanalysis, or the cognitive, behavioral, and personality theories, I still believe that Christianity has a greater offer when it comes to our personal development. To elaborate on this point and the gap between psychology and Christianity, first, is on the essence of the soul or spiritual things. The second is on the transcendence or the significance of eternal matters.

First, psychology only caters to the mind (psyche) later understood as the holistic part of a person. This is limited to the material and various immaterial matters of one’s life. Yet, this trying to know oneself through psychoanalysis, behavioral patterns, and archetypal dreams are all limited. Psychology does not see the significance of the soul as coming from someone transcendent and has a goal to be eternal manifesting godliness, righteousness, and holiness. Furthermore, temporal awareness and somewhat solutions do not guarantee that a person will be secure about one’s flourishing life.

Second, transcendence is canceled from the perspective of existentialism and naturalism. This worldview is short-sighted. It only tries to make a person survive life, making them functional in society, without perceiving beyond life. While in Christianity, there is hope, of course, centered in the personhood and work of Christ, where both the assurance of flourishing life in the “here and now”, and the “yet to come” is secured in His promises.

In a word, despite the wisdom that we can gain from psychological facts, they are inadequate. Only a worldview, or faith, that has a transcendence or “seeing beyond” can be truly helpful in one’s life. This faith in Christ is the security that we have. We will know that our brokenness can be restored once again through the powerful work of Christ—his death and resurrection. And we are certain that we will soon embrace the heavenly place where there will be no pain, crying, anxiety, and sorrows.

Anxiety, anger, sadness, and depression are part of human feelings and emotions. According to Professor of Counseling Psychology at The Seattle School of Theology and Psychology Dan Allender noted that emotions are the messengers of our body. He said, “Emotions are like messengers from the front lines of the battle zone. Our tendency is to kill the messenger. But if we listen carefully, we will learn how to fight the war successfully.” Similar to this statement, Dallas Willard said, “Feelings are good servants, but they are disastrous masters.” (Self-awareness is important)

With that short biblical survey, we see that emotions are grounded in the creation story of God. In the Genesis account, the image of God has to have an emotional aspect grounded in God’s holy emotions too. All emotions are part of our created nature of us, however, we fall short and because of sin it was marred and corrupted. So what? Humble yourselves; cast all your anxieties on him; be sober-minded; be watchful; resist the devil; firm in your faith. Verse 9, local and universal church are essential in Christian life.

“And after you have suffered a little while, the God of all grace, who has called you to his eternal glory in Christ, will himself restore, confirm, strengthen, and establish you. To him be the dominion forever and ever. Amen.”
Conclusion:

Our goal is to become whole. To become whole, we must be in Christ and follow Him. Our emotions and thoughts are part of the created image of God in us, however, humanity fell into sin and corrupted these holy emotions. Now, our problem is we confuse ourselves with our reason and emotions. Instead of emotions serving us, they become our masters. Our hope is in Christ, the promise that in Christ, he will restore us, strengthen and establish us today and forever.