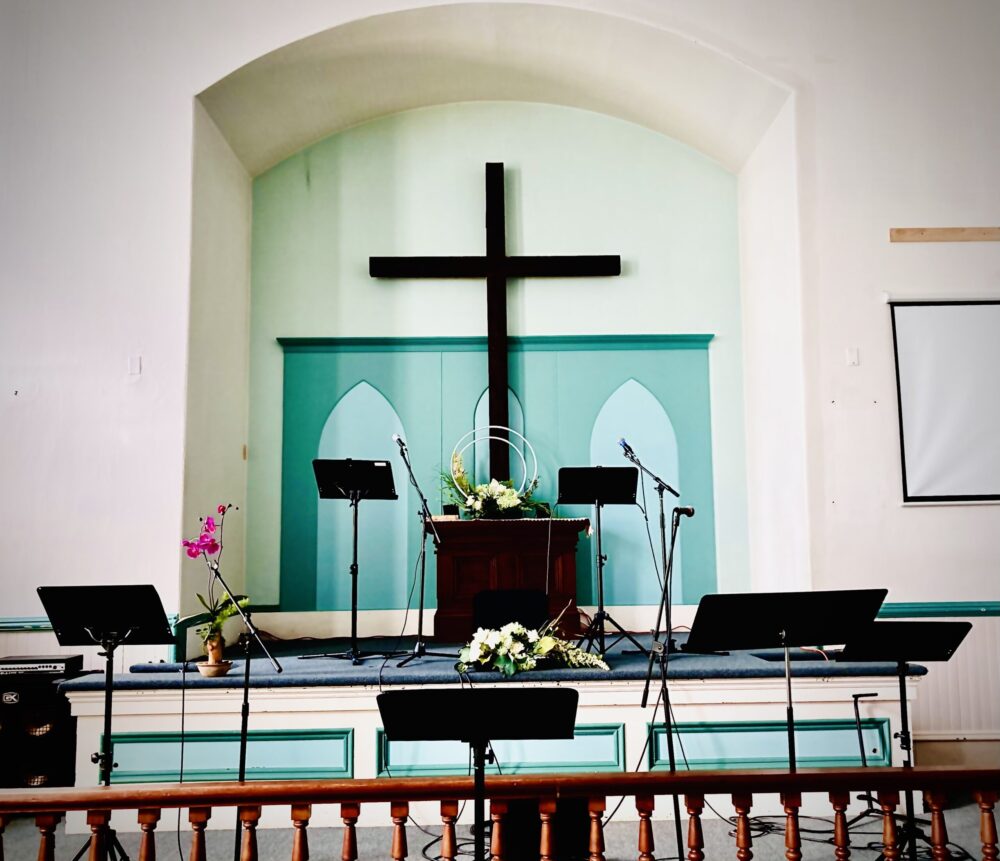 Confessional Identity: Contend for the Faith (Understanding our Statement of Faith) Sermon Manuscript

Truly, during the early church time, other than what we learned in the past sermons on the false teachings of the Judaizers which are similar to pharisaic laws and legalism, there were more false teachings that tried to penetrate, divide, destroy, and corrupt the Christian faith.

First on the list is Arianism. Founded by Arius, it teaches that there was a time that Christ was not God. It rejects the pre-existence of Christ and reduces Christ’s deity. Pelagianism teaches that we can earn our own salvation by just living a moral life. Antinomianism (or Hyper-grace) leads to having a license to sin since God has already forgiven us; so, it is fine to continue living in sin. Socinianism, like Arianism, but leading to Unitarianism which rejects the Trinity.

Nowadays, we have the modern-Pharisee or Legalism, which tends to focus excessively on following the law strictly which diminishes the essence of grace. Hyper-individualism rejecting the essence of the community or the covenanted family; this can also lead to entitlement. Extreme pragmatism, solely depending on the practical things and undermining the spiritual factors, wisdom, and providence of God. I can do this all day; next, Prosperity Gospel focuses on the material or earthly things that we can have rather than the important and eternal things. Pantheism (universe) believes that God is one with the universe or nature rather than the creation declares the glory of God and is not God himself. Moreover, the eastern ideology of Karma, and other extra-biblical revelation, etc.

With all these threats and false teachings, the church both before and today are urged to contend for the faith (see also Phil. 1:27). The “faith,” in verse 3 of our passage, “that was once delivered to the saints” pertains to the “rule of faith” (Tertullian and Irenaeus) or standardized collection of the apostle’s teaching of Christ. Meaning, a “canon” before the canonized version of the early church fathers.

Historically speaking, these opposition and false teaching towards Christianity went beyond the early church of the apostles. The ancient church in the third and fourth centuries had the struggle with Arianism. This ideology was later declared heresy. In 325 AD, the church leaders, bishops, ministers, and theologians met in Nicaea, this event is known as the Council of Nicaea. They have established and produced the Nicene Creed. Even so, prior to this event, there was already the Apostle’s Creed which was used as the basis of the Nicene Creed.

In the Reformation period, these creeds later became the basis to form a more comprehensive doctrinal statement. These are known as “The Confessions.” For the Puritans in Scotland, they had the Westminster Confessions of Faith (1647)—this is for the Presbyterians. For the Congregationalists, based on the WCF, they had the Savoy Declaration (1658). For the Reformed Churches, they adhere to the Three Forms of Unity which consists of the Canon of Dordt (1618/9), the Heidelberg Catechism (1563), and Belgic Confession (1561). For the Baptists, Orthodox Creed (1679), First London Baptist Confession (1644), then updated to London Baptist Confession of Faith (1689).

The purpose of the confessions was to declare separation or defend their faith from the Roman Catholics, the Church of England, and other Protestants. This was similar to the purpose of the creeds, they function as a fence to defend the sheep from outside threats, and to guide them to not be led astray. This is the reason why these are important.

Now for the attack mode, after Jude warning the early church about the false teachers, in the last verses of our passage, it calls us to “build up…and keep in” the church. This guarding is more in an attack mode than being on the defense. This is the antidote to the false teachers. Indeed, as said, the way to reduce the effect of those who try to corrupt, divide, and destroy the church is to live proactively as a follower of Christ (cf. “contend for the faith,” v. 3).

First, prayers. Praying in harmony with the leading of the Holy Spirit, rather than according to one’s own agenda. Second, exemplify Love, Mercy, and Hope. Christians keep themselves in God’s love by growing strong doctrinally, persevering in prayer, and “waiting” for the Lord’s coming. Third, proclaiming the gospel to save others. In Greek, “Sozo” means to lead them to faith in Christ. We cannot save a person, but we can lead them to Christ to be saved. Finally, mortifying sin. We need to daily overcome our sins and put them to death.

In conclusion, let us contend for the faith that was passed on to us. We, UCBC, carry the gospel of Christ that was from the Apostles, who were willing to die to defend the faith by faithfully living in Christ by the Spirit for the glory of the Father. We, by God’s grace, keep ourselves away from any act or deed that is divisive, unbiblical, and ungodly. And by the sanctified wisdom given to each and every one, our leaders, our pastor, and mentors, through the perspective of the Theological Triage, in Biblical lens, and Christ-centered approach, may we always be sensitive with the leading of the Spirit, His illumination of the Word in our heart and mind, and humble ourselves in reverence to God, our Father.