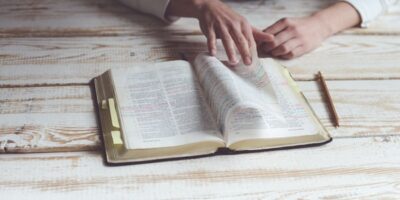 With all the hatred and unforgiveness around the world today, oppression of the military government in Myanmar, Asian American hate in Western countries, corruption, killings, and injustices in various countries, it seems difficult to forgive these oppressors.

What is forgiveness? When the Bible uses the word “Forgiveness” it always carries the decision to release a person from the debt (obligation) that resulted when they injured you. Contextually, it also means, “to lavishly grace one another” or “to freely give to one another.”

Dr. Bryan Maier, a biblical counselor, and Christian clinical psychologist published work about Forgiveness and Justice. In one part he just simply noted that “God forgives because that is just the way He is. He is always ready to forgive and nothing slows Him down, because He is always love.”

Truly, this is true. Forgiveness, first and foremost, is grounded in the character of God:

Yet, we need to remember, first, that as Christian we have a forgiven identity. Christians are forgiven since we have confessed our sins and believe in our hearts. In 1 John 1:9, “If we confess our sins, he is faithful and just to forgive us our sins and to cleanse us from all unrighteousness.” Providentially, God’s word states, in Hebrews 10:17, “I will remember their sins and their lawless deeds no more.”

Focusing on verse 13, in our passage, “just as the Lord forgave you, so must you do also.” Out of God’s forgiveness, receiving this forgiven identity of ours. Our identity in Christ becomes a fount of forgiveness, we need to channel this overflowing gracious forgiveness of Christ to others as well.

Christ reminded his disciples in the Lord’s Prayer, in Luke 11:4, “forgive us our sins, for we ourselves forgive everyone who is indebted to us.” Being able to forgive is a manifestation of a forgiven identity. Only those who experienced forgiveness can truly forgive.

Remember that Jesus modeled forgiveness to us. How great is this forgiveness? In Psalm 103:12, “As far as the east is from the west, so far has he removed our transgressions from us.” In the first chapter of Colossians verses 13-14, “He has delivered us from the power of darkness and conveyed us into the kingdom of the Son of His love, in whom we have redemption through His blood, the forgiveness of sins.” This is the gospel narrative of forgiveness.

Matthew 18:21-22, “Then Peter came up and said to him, “Lord, how often will my brother sin against me, and I forgive him? As many as seven times?” Jesus said to him, “I do not say to you seven times, but seventy-seven times.” These numbers are symbolical meaning, never-ending forgiveness.

Another, Mark 11:25, “And whenever you stand praying, forgive, if you have anything against anyone, so that your Father also who is in heaven may forgive you your trespasses.” Christ reminded us that we ought to forgive so we will not hinder our prayers to Him; this is parallel to what we have learned last week in Ephesians, during our Bible study, about grieving the Spirit. Remember that it is the Spirit who intercedes our prayers to God in Christ.

In Psalm 32:1, “How blessed is he whose transgression is forgiven.” The one who was blessed was the recipient of forgiveness. Also, in Romans 5:8, “But God demonstrates his own love for us in this: while we were still sinners, Christ died for us.”

Grounding again in our main passage in Colossians 3:13, “just as the Lord” or in another version, “just as in Christ,” we need to understand that Christ has forgiven us because we have confessed our sins and repented (1 John 1:9).

Indeed, in Christ’s finished work, we can forgive any time as long as we are always prepared to forgive. But remember, just like what I said a while ago, that we need to balance and discern justice and forgiveness. In God’s way, repentance of the oppressor is needed in order to have the fullness of forgiveness.

How do we discern an Authentic Repentance? First, No demands. Second, Willingness. Third, and the last, Change of character.

While the offender is unrepentant, we must always be ready to forgive. And if time will not come that the offender apologizes to you even if you are seeking for this person’s repentance, then put your whole trust in God that one day justice will be complete and final.

Truly, this is a biblical survey of forgiveness. But why holistic? Holistic means wholly, the totality of one’s personhood. Holistic healing is total biblical forgiveness. Total forgiveness is grounded in God’s character channeled to His children.

Only those who can forgive truly and wholly can experience holistic healing. Remember, unforgiveness is not an option, also that it is other-centered as a contrast to secular healing, and lastly, repentance of the oppressor is needed for total forgiveness balancing God’s justice and mercy.