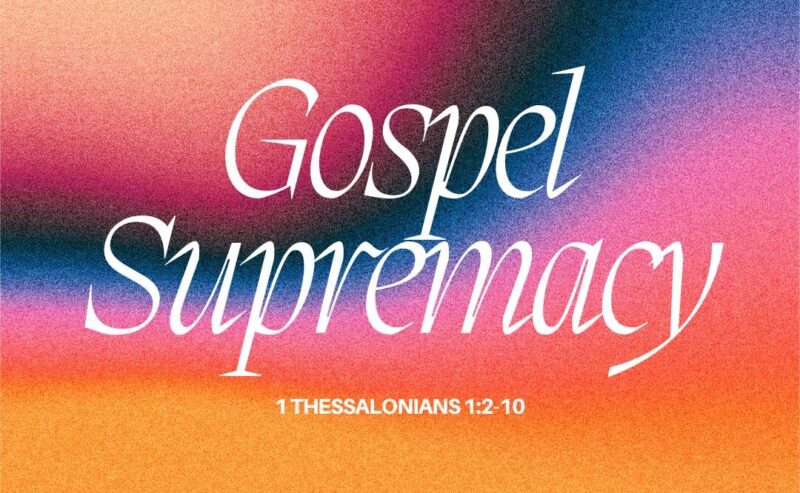 Written by Paul for the church at Thessalonica (modern-day Greece) in 50-51 AD. Paul with Timothy and Silas planted a church in Philippi. They were imprisoned because of some conflicts with other Jewish leaders and Gentile hearers. After their escape, they arrived in Thessalonica and started another Christian community at Jason’s household. However, the persecutors of Paul followed them there with some mob. This caused Paul to move out to Berea, Athens, and Corinth.

Paul’s aim is to give thanks and encourage the church at Thessalonica for standing firm in the gospel of Christ. Moreover, he emphasized the second coming of Christ in a later chapter of this epistle. In verse 2, the evidence is that he was continuously praying for them (Eph 1:16; Phil 1:3).

Let us live out the supremacy of the gospel of Christ in our lives. There is an assurance that God would sustain us through the Holy Spirit, our Helper, and Sanctifier.